The Mystery of Railroad Square

For a city filled with college students and tourists looking for a relaxing but interesting time in Florida’s capital, you would think that there would be a wide eye for young, artistic environments like Railroad Square. But that doesn’t seem to be the case.

Lillian Finn, the property manager of the art park, also wonders why there isn’t much of a variety of students visiting the park. “A lot of students from FSU knows about us but not FAMU, and it bothers me,” Finn said when asked about the diversity.

Finn has been the property manager at Railroad Square for three years but has been working there for 10 years. She recalled a time where a canal, as well as a gate, separated both the park and FAMU’s campus, thus making it harder for anyone on FAMU’s campus to even see the park at all. It wasn’t until the year 2000 when a program called Blueprint 2000 encouraged a change in the city’s transportation, taxes, and public safety.

The program pushed for the removal of the gate and the drainage of the canal, therefore opening the doors for FAMU students to discover the park. But it still seems as though it doesn’t have much impact. Jessica Duncan, a tenant at the park, has her perspective on the matter as well.

“I think it’s a mix of people not being around long enough and a lot of people only knowing about First Friday,” Duncan said when asked what she think is the reason for the unawareness of the park.

First Friday, created in the year 2000, is the park’s biggest festival that is held the first Friday of every month. During the festival, a multitude of tourists and students come to the festival to enjoy the events, shops, and items held at the park.

Betty, the store owner of Obsessions located at the park’s breezeway, even made her debut at First Friday this year after inquiring about vending space. Though she enjoys her permanent shop space in the breezeway, she has noticed the lack of knowledge for the park and even experienced it herself before obtaining her shop at the park.

When asked how she would go about building more notoriety for the park if she had the power, she responded, “I think capitalizing on the uniqueness of it and having something that would entertain people such as a band or food.” 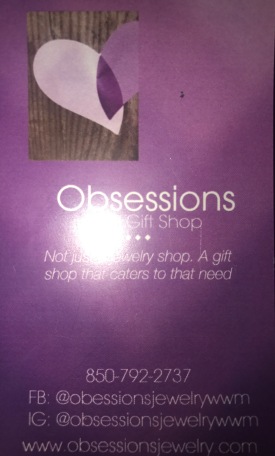 It’s evident that the park has potential to be bigger than what it is now. According to Finn, the goal is to make the park as big as the art district in Wynwood, a historical area in Miami, and they have had brainstorming conversations with the creators associated with the Wynwood.

But notoriety usually starts locally. And with time, it is believed that there will be an influx of students from both sides of the square that will be involved with what the park has to offer.